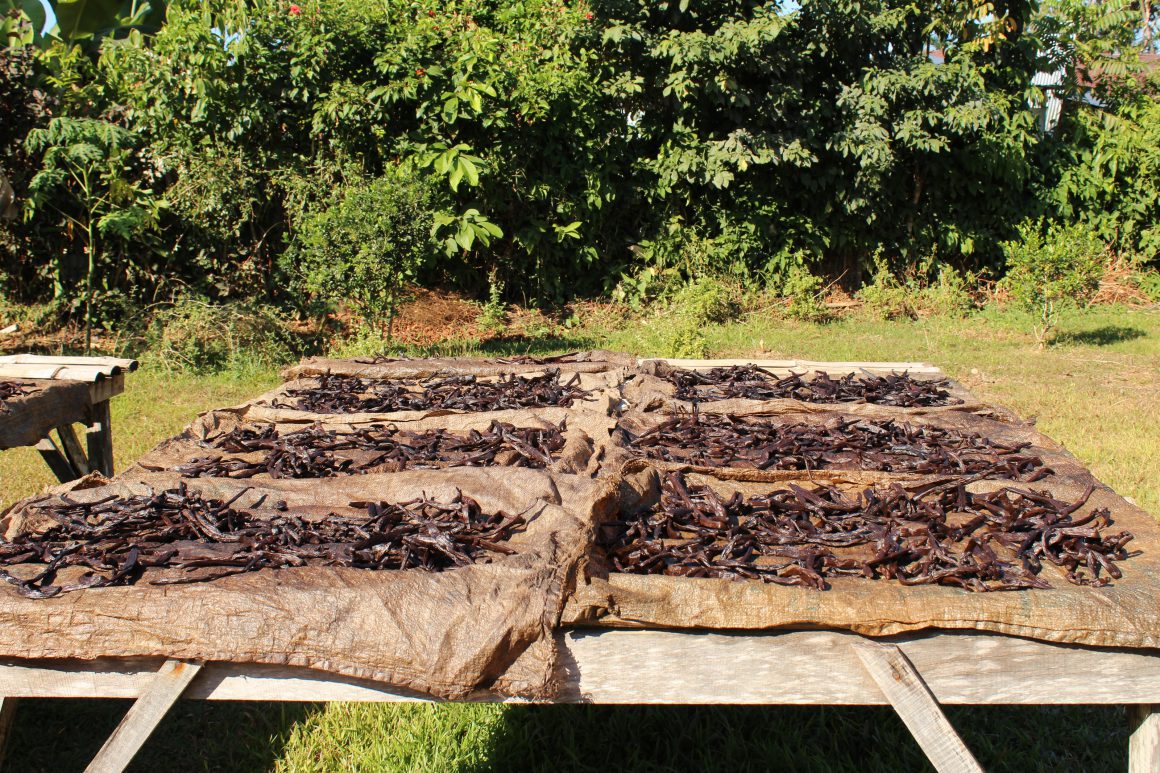 Vanilla is a widespread and very popular spice. Of course a lot of sweet dishes with vanilla come to mind. Vanilla ice cream, vanilla cream etc. But did you know that Coca-Cola contains vanilla as well?

How is vanilla produced?

The vanilla plant is a vine-like orchid. Its flowers only bloom for one day, which means they have to be pollinated exactly on that day. Bees, and in some places hummingbirds, pollinate only about 10% of all flowers. The remaining 90% are pollinated by hand. Each flower contains the female part and the male part, but without external influence, they do not come together. The farmer must therefore pollinate each flower with the help of a metal stick.

Of course this, among other things, increases the price of vanilla enormously.

After pollination, a green bean or pod grows from each flower. Botanically, however, it is not a pod, but a capsule. This is harvested after about 9 months, still green. Then it is processed further. The capsules are spread out on a cloth every day for about a month and placed in the sun until they lose their fluid. Another procedure is to treat the pod with hot water or steam. It is then placed together in a barrel with the cloth, where it ferments. After a month it will have changed colour, turning black and shrinking a little. Then it has to ripen for about 9 months.

Vanilla is like a good red wine; the older, the richer and better.

How is vanilla used?

The most used part of vanilla are the seeds. They are inside the pod. In Europe, vanilla is mainly used for sweets, such as ice cream, cream or chocolate. The Aztecs refined a special drink with vanilla. It consisted of cocoa, cornflour, vanilla and water.

In other countries such as Morocco or India, vanilla is also used for savoury dishes. For example for rice, meat or fish.

Why is vanilla so expensive?

On one hand because there is a lot of manual work involved in the production, on the other hand, because the worldwide demand has increased significantly. Bad weather conditions in the producing countries come on top of that.

Vanilla is mainly produced in Madagascar. Bourbon vanilla is probably the best known. But there are also productions in Costa Rica, Mexico and Indonesia. Then there is the vanilla from Tahiti, it is less known and extremely difficult to get in our country. But to me it is the very best. Some pods are up to 1 cm thick and full of seeds. And it has a wonderful aroma, rich and flowery.

With the empty vanilla capsule you can still aromatize a lot of things.

All you need for many dishes are the seeds. But most of the taste is in the capsule itself. It would be a pity not to use it anymore.

You can also simply cook vanilla beans without the seeds with whatever dish you want to flavour with the taste of vanilla.

In what form can you find vanilla?

You can find it either as a whole capsule, or as vanilla powder, which is made from the ground pod.

The powder is very easy to dose and has an intense taste. Moreover, there is vanilla essence. It is a liquid extract, which unfortunately tastes a bit like alcohol.

What is vanilla aroma made of?

Vanilla aroma is produced from the basic substance “eugenol”, which is present in large quantities in cloves and spruce wood. The aroma produced this way can legally be described as natural vanilla aroma.

But in my opinion real vanilla is much better than vanilla aroma!

What do you prefer to do with vanilla?

Here is the recipe for vanilla sugar:

Cut 1 vanilla pod into 2 cm long pieces and pour them into a glass. Fill with sugar and close well.

After about a week, the sugar is flavoured and ready to use. The vanilla pieces can remain in the sugar and you can always refill with sugar.

Bread from the Alps 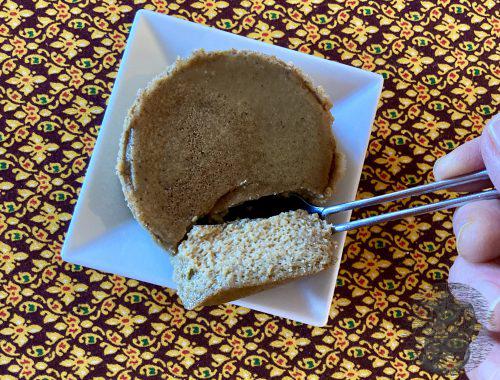 Peppers that are not peppers – Sechuan, Timur, and Co. 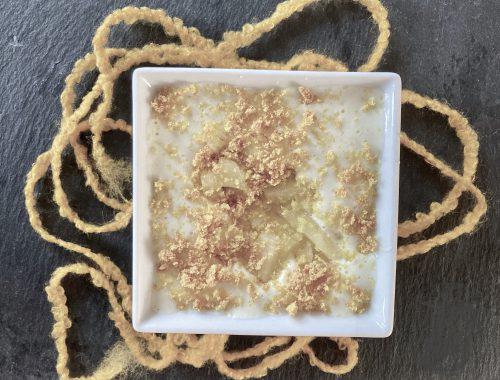