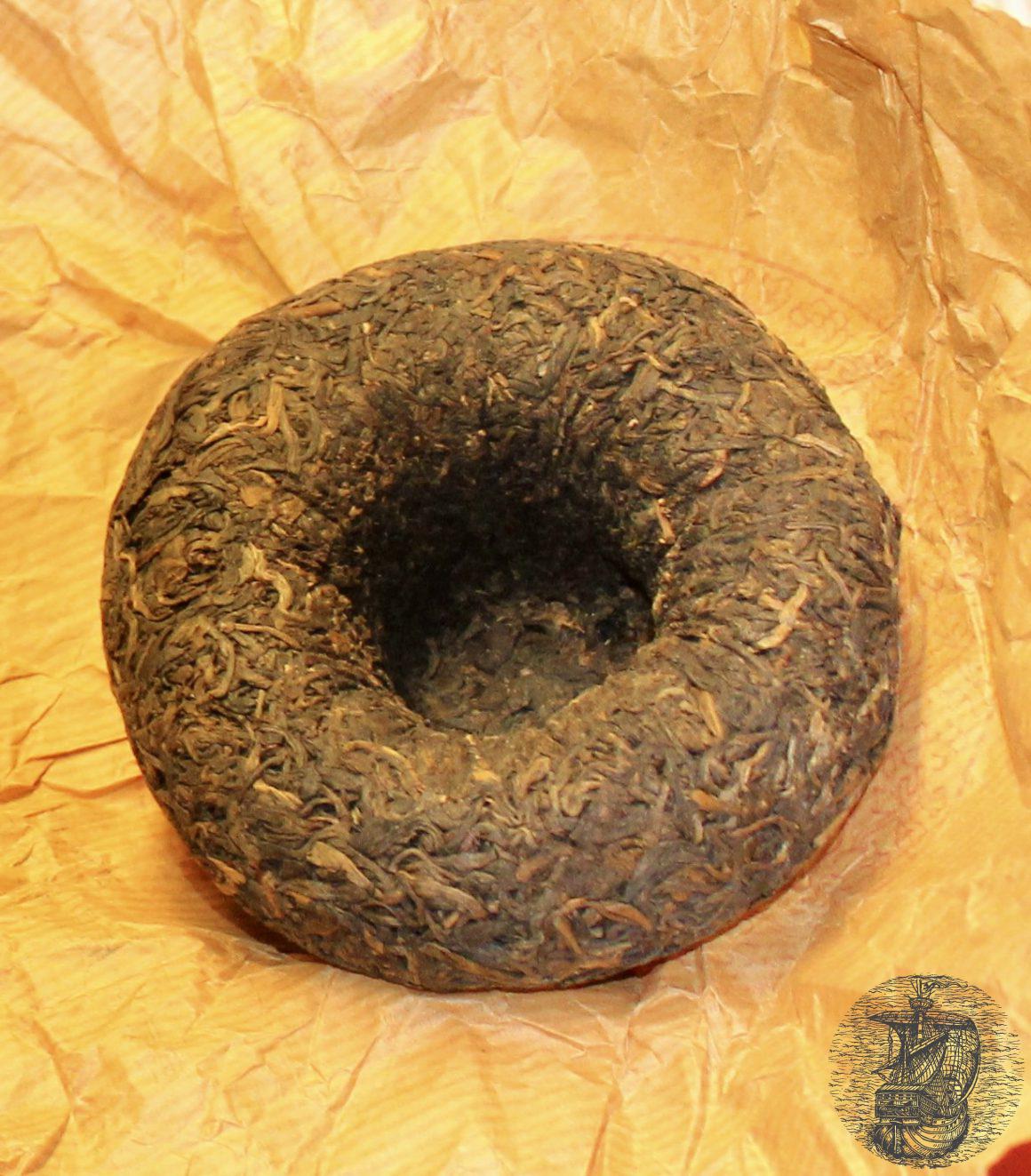 Pu-erh is a tea made from the plant Camellia sinensis According to this classification, there are six different tea colors: white, green, yellow, blue-green, red, black

The most amazing thing for us is probably that the black tea we are familiar with is called red tea in China.

If you look closely at the infusion of black tea – or red tea – it is really more red than black.

Pu-erh tea, on the other hand, gives a really dark, almost black infusion, which is why it is called black tea in China. Pu-erh tea is also the only fermented tea

All other teas are oxidized.

What is the difference between fermentation and oxidation?

Fermentation is a chemical reaction catalyzed (= accelerated) by the presence of microorganisms (= living organism with dimensions < 0.1 mm). It can be spontaneous or induced. Fermented foods are e.g. sauerkraut or yogurt.

Oxidation, on the other hand, is a chemical reaction that changes a substance in the presence of oxygen.

The leaves are not just wilted, rolled, oxidized, and dried as is the case with other varieties.

But rather – it is stacked into large piles after wilting and occasionally sprayed with water.

During this process, the leaves are fermented with the help of various bacteria and fungi. Different microorganisms are used depending on the tea factory.

This process is considered an accelerated process. This way the fermentation can be well controlled.

Once a week, the piles of leaves are turned. After about six weeks, they are then dried at high temperatures.

This accelerated process is the modern version of fermented tea.

Traditionally, the leaves were – and still are – wilted and steamed and then pressed into molds. As a result, the fermentation process is very slow. A Pu-erh matured in this way takes several years until it’s ready. The disadvantage is that the fermentation cannot be controlled. Thus, in the beginning, you do not know how the tea will develop. Whether it will be high quality or not.

Pu-erh improves in quality and tastes the older it gets

It’s often sold pressed. Either in the form of a slice or a tea brick.

The way and form of pressing influence the fermentation.

Tea was mainly pressed in order to be transported more easily and be kept longer. On the long journey from east to west, it was able to continue maturing for years, developing its distinctive soft, earthy aroma.

From these slices or bricks, you then simply scrape off the required amount of tea leaves and pour them on.

The smell of Pu-erh tea is earthy, but it should not taste musty

Its taste takes some getting used to at first, but it’s worth trying!

The following infusions can be longer – depending on taste.  So about 1-4 minutes with 90 ° C hot water.

Have you already tried Pu-erh tea? 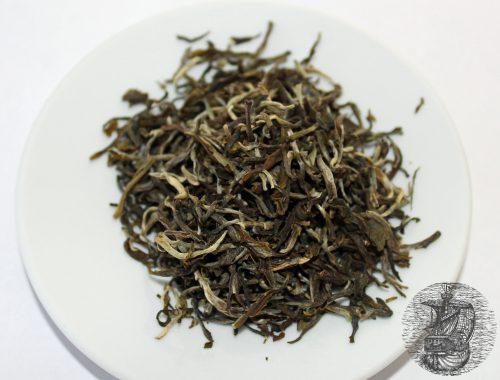 White tea – the mild one from the tea family 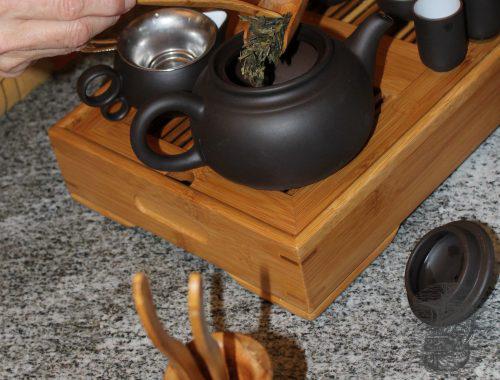