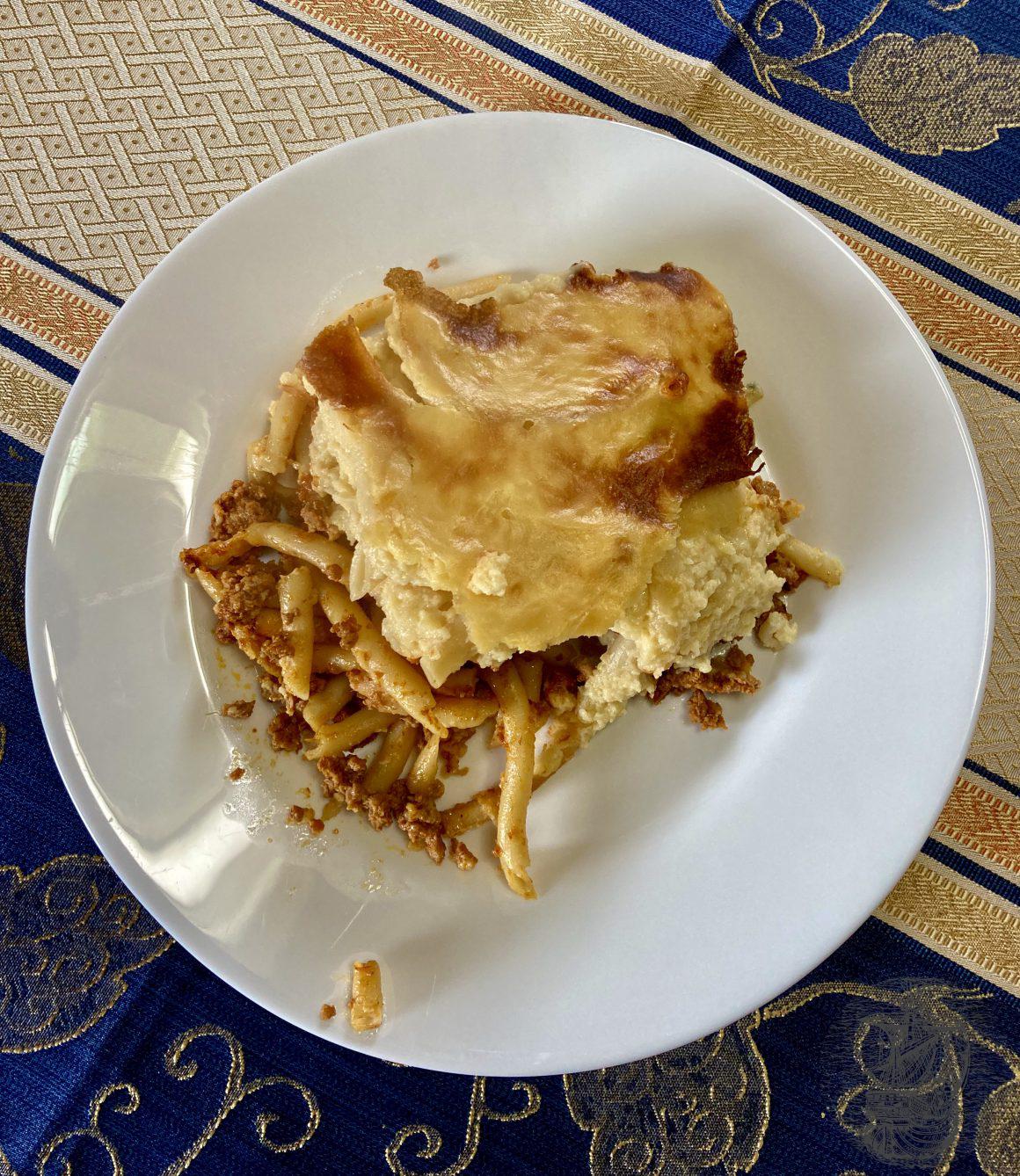 I was allowed to learn it firsthand and cook along at Vivi’s – the mother of a Greek friend. Even though we couldn’t speak that much to each other, we still understood each other. A little English, a little Italian, and a very tiny bit of Greek. (especially “hello – yassas”, “thank you – efcharisto” and “please – para calò”, unfortunately, my Greek was not good enough for more) – and a lot of “hands and feet“.

But when it comes to cooking, watching is usually enough.

Vivi does everything “by eye”, of course, but for me she weighed or measured with a spoon.

Its name probably comes from the Italian pasticcio (mess, jumble).

It’s like Italian lasagna, but it is made with tubular spaghetti rather than pasta sheets

Besides, the pastitsio has much more bechamel sauce on it.

Typically, it has cinnamon and cloves in it

Vivi told me clearly, though, that for her, those two spices belong in sweets. Honestly, I was quite happy, I personally didn’t like the pastitsio and moussaka (another typical Greek casserole dish) I had eaten before.  Precisely because they were flavored with cinnamon.

Vivi’s pastitsio, on the other hand, tasted very good to me.

By the way, we prepared two large trays for 20 people. This was because her son had a woodturning meeting and that’s why woodturners came from all over Greece.

In Greece, of course, they cook with olive oil

There are olive trees as far as the eye can see.

With oil is also not spared. If the amount of oil in the recipe seems too much, you can of course use less.

The recipe is calculated for a large casserole dish and for 8-10 people.

Thank you Vivi for letting me learn from you!

Have you ever made pastitsio? 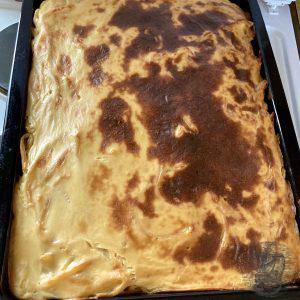 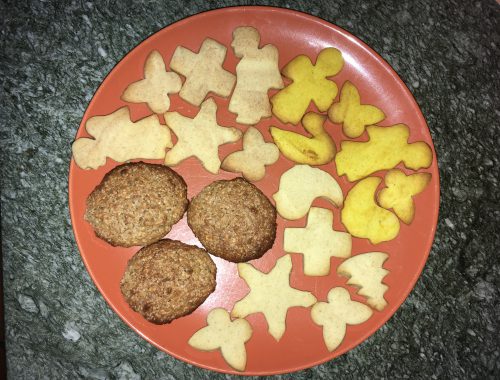