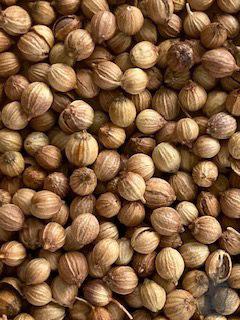 There are spices that not everyone likes!

Coriander is one of these spices – either you love it or you hate it.

Especially the taste of the coriander herb is a matter of disagreement. Some love its characteristic taste, others say it tastes like soap and find it unpleasant.

More than once I have heard the story that a dish whit cilantro herb was returned to the restaurant because it was assumed that the dishes were not washed properly and “everything still tasted like soap”.

Coriander is a plant from the Mediterranean and the Caucasus and it has been known for about 3000 years.

The leaves are similar to those of flat-leaf parsley.

The taste on the other hand is not comparable at all. Nowadays, coriander is grown all over the world, especially in Russia, India, North Africa, Central and South America. You can even grow it in your own garden.

Both the leaf and the seed (which botanically speaking is the fruit) are used as a spice.

The leaves are used in Thai, Indian, North, Central and South American dishes (where it is called cilantro).

In Thailand, even the coriander root is used for cooking.

They are typically used in salads, vegetables and fish dishes.

In Costa Rica, but also in other South American countries, only the leaves are used, but not the seeds. They prepare a typical dish called ceviche. It consists of raw fish marinated in a sauce of lime, salt, pepper and coriander leaves.

The seeds are used in Indian, but also in various European dishes, especially in Greek and Northern European cuisine.

The seeds taste of orange and sage

They can be used in the preparation of sauerkraut, pulses, cabbage, bread, roasts, meatballs, but also for fish.  Coriander seeds are also found in mortadella, in numerous aperitifs and liqueurs, in pickles and in Vaudois sausages (a Swiss specialty from the canton of Vaud). In addition, coriander is often an ingredient in various spice mixtures (for example in Ras el Hanouth, Garam Masala and Curry).

Coriander seeds taste most intense when freshly ground before use. This works best in a mortar. However, it is not so easy because the fibrous shells are not easy to grind and then, as hard pieces, they are a bit annoying.

They are easier to grind when they are roasted. This also enhances the taste. They are roasted at low heat so as not to burn the spice.

If you do not like coriander herb, it is definitely still worth trying its seeds!

What do you like more, the leaves or the seeds? 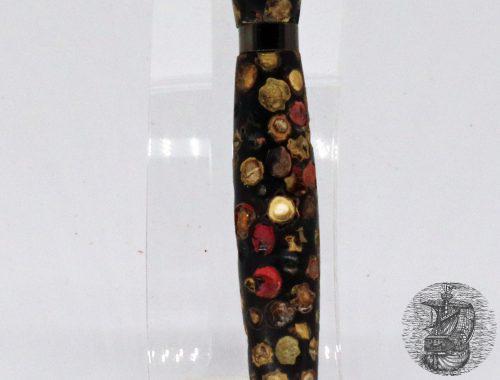 Turning with spices – a playful element in the turnery 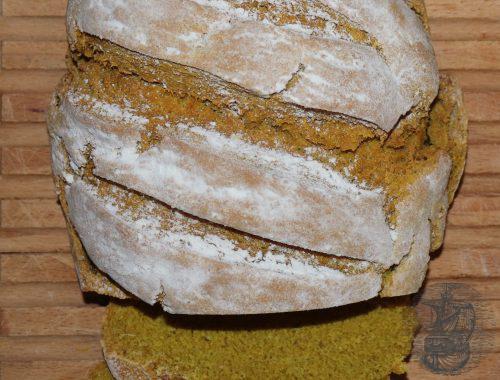